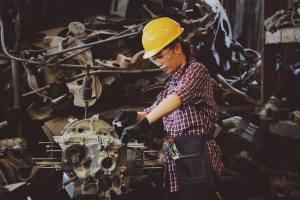 Ahh, the power of distraction.

On Friday, the unemployment report flashed its numbers like a hair model in a shampoo commercial. The Bureau of Labor Statistics reported 266,000 new jobs were created in November. That was better than expected even after deducting the 40,000-plus General Motors employees returning to work, reported CNBC.

The week got off to a rough start when President Trump indicated there was little urgency to resolving the trade dispute with China. The statement upset expectations a phase one trade deal would be completed before December 15. That’s the date the United States is scheduled to put additional tariffs on Chinese consumer goods. New tariffs could inspire additional actions by the Chinese government that affect economic growth in the United States.

The slowdown was caused, in part, by Chinese tariffs on American products. Tariffs have had a negative effect on manufacturing and agriculture, as well as other sectors of the market. Trade uncertainty also has led to a decline in business investment. When business investment drops so does the economy’s growth potential. The main engine behind U.S. economic growth has been and remains the American people. Consumer spending accounted for 68 percent of U.S. economic growth in the third quarter.

THE EVOLVING ETIQUETTE OF SOCIAL MEDIA.

Social media etiquette makes remembering when to use the little fork on the right – you know, the one next to the two knives and spoon (the oyster fork) – seem like a snap.

When social media platforms were gaining popularity, they offered an opportunity to reconnect and stay in touch with friends and family. During the past decade, many people joined platforms and built networks. They also started to engage in some unwelcome behaviors. Sometimes, social media is a place where people:

“…can say mean things without showing their face, discriminate with little consequence, and spill details nobody truly wants to hear,” explained Influence.co. “…it’s vital for people to remember that social media is meant to bring people together and that our online behavior can quickly come between us.”

To make it easier to understand which behaviors these are, the organization conducted a survey. The top digital don’ts included:

It’s also a poor idea to post content about another person without their permission. One in 10 respondents had ended a friendship over it. Finally, many people find it irritating when asked to delay eating a meal so a dinner companion can photograph it. 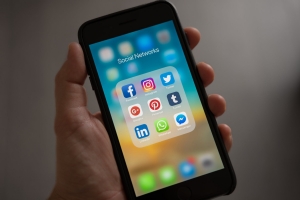 “One of the big no-no’s in cyberspace is that you do not go into a social activity, a chat group, or something like that, and start advertising or selling things. This etiquette rule is an attempt to separate one’s social life, which should be pure enjoyment and relaxation, from the pressures of work.”

So, what comes next?
Scroll to top