Everything went up – and that’s unusual.

Randall Forsyth of Barron’s explained, “Like our major political parties, the stock and bond markets seem to live in two different worlds these days. The former sits at record levels, suggesting we live in the best of all possible worlds. The latter sees things as bad and only getting worse.”

The Federal Open Market Committee met last week (they decide whether the central bank of the United States should push rates higher or move them lower). It left rates unchanged, but indicated a willingness to lower rates in support of economic expansion. That was music to the ears of some investors and the Standard & Poor’s 500 Index rose to a record high, reported Sue Chang and Mark DeCambre of MarketWatch.

The Fed’s song was the same as the one already playing across the world. Central bankers in Europe and Japan had signaled they were willing to encourage economic growth by easing rates lower and using other tools available, reported Leika Kihara and Daniel Leussink of Reuters. Their attitude helped push world stock markets higher.

Last week, the U.S. bond market gained value, too, as interest rates moved lower. Falling interest rates suggested bond investors were hearing a different tune. When investors are willing to accept lower yields, it suggests they’re worried about what may happen and are seeking safety. In some parts of Europe, investors are accepting negative yields – taking small losses to own government bonds they perceive to be safe – because they are pessimistic about the future.

There is plenty to be concerned about, including ongoing trade issues and conflict in the Middle East. Only time will tell how recent events will affect the U.S. and world economies.

A LAND WITHOUT TIME.

You may have heard: Sommaroey Island in Norway may do away with time. Residents of the island don’t experience time as people elsewhere do. From 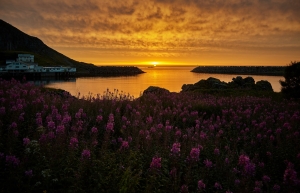 May to July, the sun doesn’t set on Sommaroey. From November to January, it doesn’t rise.

Proponents of a time-free island zone say it would reduce stress. “…the change would not mean that shops are open 24/7, but that residents could make better use of the daylight,” reported ABC News.

Living without time is an astonishing idea.

In modern life, time is a critical organizational tool. We divide our experience into centuries, years, daytime and nighttime, hours and minutes. Our actions are informed by schedules. We need to arrive at class, at work, at the bus stop, at a restaurant, or at a ballgame at a specific time. 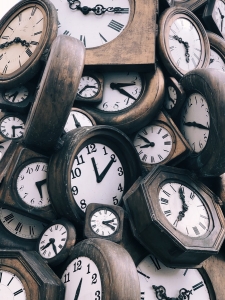 However, time is not nearly as straightforward as it seems.

In a review of Why Time Flies: A Mostly Scientific Investigation, The Economist opined, “Time is such a slippery thing. It ticks away, neutrally, yet it also flies and collapses, and is more often lost than found. Days can feel eternal but a month can gallop past. So, is time ever perceived objectively? Is this experience innate or is it learned? And how long is ‘now,’ anyway? Such questions have puzzled philosophers and scientists for over 2,000 years.”

Residents of Sommaroey have been pondering life without time and whether it is actually possible. The leader of the move to abolish time told ABC News, living without time, ‘is a great solution but we likely won’t become an entirely time-free zone as it will be too complex.’ 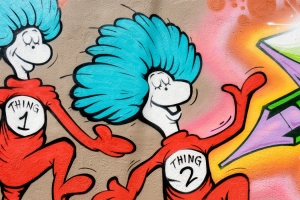 Are we on the cusp of change?