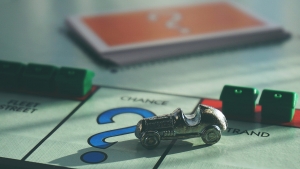 From trade wars to impeachment inquiries, investors had a lot to ponder during the third quarter. Toward the end of September, they appeared to become more cautious, although it’s difficult to say which issues weighed most heavily. Here are a few questions they may have been asking:

While there are signs of slower economic growth – including last week’s weakening economic data – the chance of the economy moving into a recession during the next 12 months remained relatively low, according to the New York Federal Reserve. It put the probability of recession by August 2020 at 38 percent. In other words, the likelihood there would not be a recession was 62 percent.

“We would recommend a little less focus on the ‘recession on/off’ debate and position on a slowdown thesis,” suggested a research director cited by Barron’s.

The ongoing and escalating trade war with China created an environment of uncertainty for American businesses during the third quarter of 2019. Lack of clarity could slow economic growth. The Economist reported,

“In boardrooms across America, business people are scrambling to assess the impact of the latest escalation in the commercial confrontation between the two superpowers…Most companies make plans over a five- to ten-year horizon and invest in assets with a life of 10-20 years. But with each new tariff announcement, the rules for trading their products become less stable.”

Investors remain concerned about the potential impact of trade on global growth, too. Last week, the World Trade Organization downgraded its forecast for global trade growth in 2019 and 2020, reported the Washington Post.

How much risk do I want to take?

The prospect of slower growth at home and abroad appears to have affected investors’ appetite for risk. This was apparent late in the third quarter when some highly anticipated initial public offerings (IPOs) were delayed. (IPOs occur when private companies offer shares of stock to the public.) Yahoo!Finance explained,

“…the recent IPO run is telling us that retail investors (you, a regular person) and institutional investors…are becoming less interested in taking on that risk. If it was once appealing to buy shares in a hot tech name that isn’t yet making money and won’t necessarily make money for a long time, it isn’t very appealing anymore.” 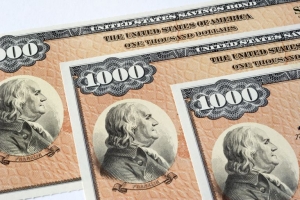 What is the bond market trying to tell us?

Around the world, about $17 trillion worth of bonds are offering negative yields. The number grew by $3.1 trillion in August, reported the Financial Times (FT). Governments in Europe and Japan are the primary issuers of bonds offering yields below zero. However about $1 trillion of corporate bonds have negative yields, too.”

“US dollar-denominated debt accounts for roughly 90 percent of all bonds that still have a positive yield, according to Bank of America,” wrote FT, which also pointed out that real Treasury yields, which are yields minus inflation, have edged into negative territory.

The impeachment inquiry is unlikely to overshadow key economic indicators, but it increases uncertainty and that won’t help companies or investors. Yahoo!Finance cited strategists at JP Morgan Chase who wrote,

“Despite the drama this process will inject into the rest of the President’s first term, there is little justification for altering asset allocation now, unless one thinks that this issue is the decisive one that tips the US economy into sub-trend growth and/or a profits recession…To us, impeachment more seems yet another constraint on returns over the next year, given the newer uncertainties created around international and domestic policy.”

You know what they say: Markets hate uncertainty. As a result, markets may remain volatile for some time.

SMALL THINGS CAN CHANGE THE WORLD 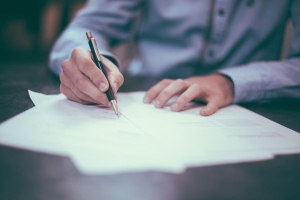 A Planet Money staffer asked a couple of Harvard professors what small things they would do to improve the world. These two ideas are counterintuitive but backed by science.

• Sign forms at the top rather than the bottom. Signing at the top focuses the mind on the importance of honesty, said Business Professor Francesca Gino. In one study with 13,000 participants, people who signed at the top of an insurance form were more truthful about how many miles they drove.

• Have one line at supermarkets. In banks, a single line leads to all cash registers. Health Economics Professor Kate Baicker said it should work that way at supermarkets, too. “There’s a whole branch of operations research that goes back, like, a hundred years about how to get throughput most efficiently through a system. If we all wait in one line, the average wait time is the same, but the variance goes away. Nobody wins, nobody loses.”

If you could, what small change would you make in the world? 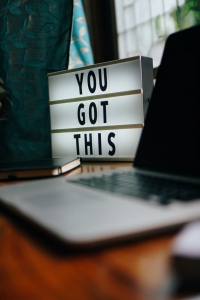 “Act as if what you do makes a difference. It does.”

They say bull markets climb a wall of worry.

The world breathed a sigh of relief…
Scroll to top