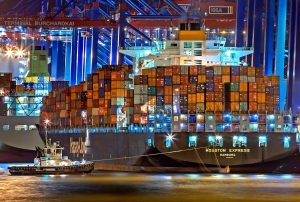 However, if you look a little deeper into the performance of various market sectors, you discover an important fact: The market tide wasn’t lifting all stocks.

It has been said a rising tide lifts all boats. When translated into stock-market speak, the saying becomes, ‘A rising market tide lifts all stocks.’ In other words, when the market moves higher, stocks tend to move higher, too. That wasn’t the case last week.

“We went from a market where everything moved largely together to one where sector fundamentals began to matter more than where the S&P 500 was going…At the sector level, it’s apparent that no one has been ignoring tariffs. While the S&P 500 has gained 1.7 percent over the past month of trading, industrials and materials have dropped 2.5 percent, while financials have slumped 2.9 percent, hit by a double whammy of trade fears and a flattening yield curve. Utilities and consumer staples have outperformed, gaining 8.1 percent and 3.5 percent, respectively.”

Utilities and Consumer Staples are considered to be non-cyclical or defensive sectors of the market because they are not highly correlated with the business cycle.

Defensive companies tend to perform consistently whether a country’s economy is expanding or in recession. For example, a household’s need for power, soap, and food doesn’t disappear during a recession. As a result, the revenues, earnings, and cash flows of defensive companies remain relatively stable in various economic conditions.

WHAT ARE THE BIGGEST RISKS FOR RETIREMENT INVESTORS?

If market risk, inflation risk, and interest rate risk were on the tip of your tongue, you need to update your list. 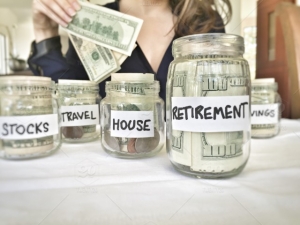 Recently, T. Rowe Price surveyed employers that make defined contribution plans, like 401(k) plans, available to their employees. The company asked plan sponsors to rank the risks they were most concerned about for the people who saved in the plan. The top concerns were:

If you would like to learn more about these risks and strategies that may help overcome them, give us a call. 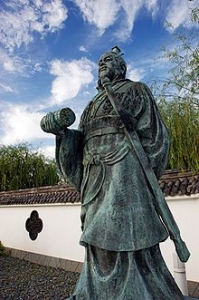 “Strategy without tactics is the slowest route to victory. Tactics without strategy is the noise before defeat.”

* These views are those of Carson Group Coaching, and not the presenting Representative or the Representative’s Broker/Dealer, and should not be construed as investment advice.
* This newsletter was prepared by Carson Group Coaching. Carson Group Coaching is not affiliated with the named broker/dealer.
* Government bonds and Treasury Bills are guaranteed by the U.S. government as to the timely payment of principal and interest and, if held to maturity, offer a fixed rate of return and fixed principal value. However, the value of fund shares is not guaranteed and will fluctuate.
* Corporate bonds are considered higher risk than government bonds but normally offer a higher yield and are subject to market, interest rate and credit risk as well as additional risks based on the quality of issuer coupon rate, price, yield, maturity, and redemption features.
* The Standard & Poor’s 500 (S&P 500) is an unmanaged group of securities considered to be representative of the stock market in general. You cannot invest directly in this index.
* All indexes referenced are unmanaged. Unmanaged index returns do not reflect fees, expenses, or sales charges. Index performance is not indicative of the performance of any investment.
* The Dow Jones Global ex-U.S. Index covers approximately 95% of the market capitalization of the 45 developed and emerging countries included in the Index.
* The 10-year Treasury Note represents debt owed by the United States Treasury to the public. Since the U.S. Government is seen as a risk-free borrower, investors use the 10-year Treasury Note as a benchmark for the long-term bond market.
* Gold represents the afternoon gold price as reported by the London Bullion Market Association. The gold price is set twice daily by the London Gold Fixing Company at 10:30 and 15:00 and is expressed in U.S. dollars per fine troy ounce.
* The Bloomberg Commodity Index is designed to be a highly liquid and diversified benchmark for the commodity futures market. The Index is composed of futures contracts on 19 physical commodities and was launched on July 14, 1998.
* The DJ Equity All REIT Total Return Index measures the total return performance of the equity subcategory of the Real Estate Investment Trust (REIT) industry as calculated by Dow Jones.
* Yahoo! Finance is the source for any reference to the performance of an index between two specific periods.
* Opinions expressed are subject to change without notice and are not intended as investment advice or to predict future performance.
* Economic forecasts set forth may not develop as predicted and there can be no guarantee that strategies promoted will be successful.
* Past performance does not guarantee future results. Investing involves risk, including loss of principal.
* You cannot invest directly in an index.
* Stock investing involves risk including loss of principal.
* Consult your financial professional before making any investment decision.
Sources:
https://money.cnn.com/2018/07/11/news/economy/china-us-tariffs-list/index.html
http://www.barrons.com/mdc/public/page/9_3063-economicCalendar.html (Click on U.S. & Intl Recaps, then “Trade jitters cont’d”)
https://www.barrons.com/articles/nasdaq-hits-record-high-defying-tariffs-1531526401
https://www.investors.com/how-to-invest/investors-corner/follow-the-best-stocks-in-the-market/
https://www.investopedia.com/terms/d/defensivestock.asp
https://www4.troweprice.com/gis/content/dam/ide/articles/pdfs/2018/Q2/advancing-the-way-we-think-about-perceptions-of-risk.pdf
https://www.naic.org/cipr_topics/topic_longevity_risk.htm
https://www2.troweprice.com/rms/rps/Marketing/Assets/pdf/Portfolio%20Perf%20Analysis%20Paper%20022908%2005169-963.pdf
http://www.investinganswers.com/financial-dictionary/investing/downside-risk-2510
https://www.khorus.com/blog/14-inspirational-quotes-strategy-execution
https://en.wikipedia.org/wiki/Sun_Tzu

What a roller coaster of a quarter!

Some Good News and Some Notable News
Scroll to top