It wasn’t an ‘Avengers End Game’ spoiler, but there was big news last week.

Economic growth in the United States was strong during the first quarter. The Bureau Of Economic Analysis (BEA)announced gross domestic product (GDP), which is the value of all goods and services produced in the United States, increased by 3.2 percent.

The estimate came as a surprise. It was well above the consensus forecast of 2.3 percent, according to Randall Forsyth of Barron’s. In addition, as The Economistpointed out,

“This year America’s economy did not get the freshest of starts. A government shutdown, a wobbly stock market and concerns that the Federal Reserve would tighten monetary policy too quickly made for a dim outlook for 2019. With the effects of fiscal stimulus fading, and momentum in the global economy ebbing, most expected America’s economic growth to decelerate.”

Both Barron’s and The Economist cautioned investors to look under the hood, though. The top contributors to accelerating growth were imports and exports, which could be volatile. In addition, consumer spending, which usually accounts for about of two-thirds of GDP growth, rose far more slowly than it did in the previous quarter.

Investors were appreciative of quarter-to-quarter GDP growth. They also were encouraged by first quarter earnings reports. Earnings reflect the health and profitability of public companies. With 46 percent of Standard & Poor’s 500 Index companies reporting, FactSet wrote, “In aggregate, companies are reporting earnings that are 5.3 percent above the estimates, which is also above the five-year average.”

The S&P 500 and Nasdaq Composite Indices ended the week at record highs, while the Dow Jones Industrial Average finished the week lower.

WHY DO COUNTRIES STOCKPILE GOODS? 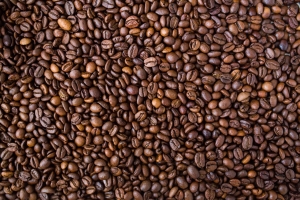 Some countries stockpile goods they have deemed essential for human survival. For instance, Switzerland has been stockpiling coffee, sugar, rice, edible oils, and animal feed since World War II. Earlier this month, the country changed its mind about coffee. The Swiss decided to stop maintaining an emergency supply of java because it is not essential to human survival. Reuters reported that opposition is brewing. 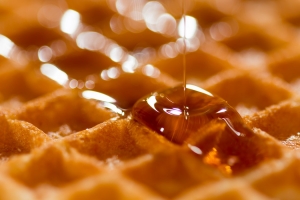 The Canadian province of Quebec has a strategic reserve of maple syrup. The stockpile has little to do with human survival, though. Real maple syrup is a valuable commodity. Ounce for ounce, it is worth more than oil. National Public Radio (NPR) reported, “…the global strategic reserve is actually a way to guarantee that high, high price for maple syrup by removing – totally removing the natural boom-and-bust cycle that would otherwise happen for an agricultural commodity.”

China has been stockpiling grain. Reuters reported the United States Department of Agriculture (USDA) expects 65 percent of the world’s corn and 50 percent of the world’s wheat will be in China this year. In 2020, the government will require all gasoline supplies to be blended with ethanol, which is renewable fuel made from corn.

In the United States, we have been stockpiling cheese. In part, that’s due to an excess of milk production. We use extra milk to make cheese, and 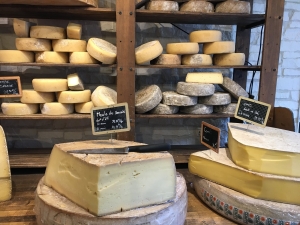 Americans eat a lot of cheese – about 37 pounds per capita in 2017, according to NPR.Regardless, our cheese surplus has grown to 1.4 billion pounds or 900,000 cubic centimeters. That’s enough cheese to wrap around the U.S. Capital. The abundance of cheese is driving prices lower. 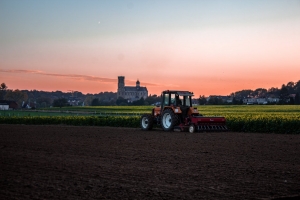 “You know, farming looks mighty easy when your plow is a pencil, and you’re a thousand miles from the corn field.”

And the answer is…