In previous commentaries we’ve written about narrative economics, which holds that popular stories may affect individual and collective economic 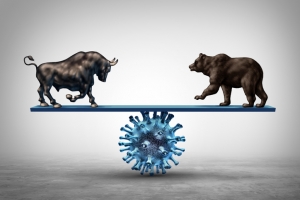 behavior. Last week, diverse narratives had the potential to influence consumer and investor behavior, but not all did. You may have read that:

Coronavirus anxiety is high. “Figures from recent days suggest infections may have fallen off from record highs in some states. But no one is cheering in the emergency wards. Health workers fear that Thanksgiving gatherings will prove to be super-spreader moments… Meanwhile many college students have just gone home for the year… [A medical professional said], ‘It is like slow-motion horror. We’re just standing there and being run over,’” reported The Economist. 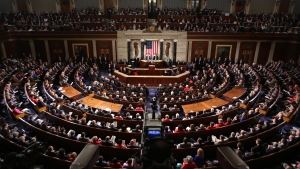 Economic stimulus is needed. “As it stands, tens of millions are already struggling to make rent payments and put food on the table. The $1,200 stimulus checks sent out by the government in the spring have long run dry and 12 million Americans are set to lose unemployment insurance the day after Christmas if Congress does not act,” reported Jacqueline Alemany of The Washington Post.

Vaccines are on the way. “As G20 leaders pledged to ensure the equitable distribution of COVID-19 vaccines, drugs, and tests so that poorer countries are not left out, the United States, United Kingdom, and Germany each announced plans to begin vaccinations in their countries in December…,” reported The Guardian.

Fiscal and monetary policy will reinvigorate the economy. “Surely the market strength reflects the fact that barring [vaccine] rollout disasters, we should have our normal lives back within months…Now add in the widely held assumption that the expected new Treasury secretary Janet Yellen will deliver the additional stimulus she has called for, and the newish Federal Reserve rhetoric that holds interest rates need to stay low…Suddenly it makes perfect sense to think that pent up demand and possible productivity gains created by the crisis could help set off what Goldman Sachs calls the Roaring 20s Redux,” wrote Merryn Somerset Webb for Financial Times.

In the United States, the Dow Jones Industrial Average moved above 30,000 before retreating, and the Standard & Poor’s 500 and Nasdaq Composite Indices both finished the week at record highs, reported Ben Levisohn of Barron’s.

Holiday shoppers may not have been racing into brick-and-mortar retail stores, but that doesn’t mean they weren’t shopping. Consumers have earmarked 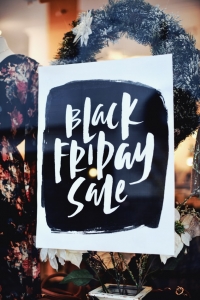 about $998 for spending on winter holidays, which include Christmas, Hanukkah, and Kwanzaa, according to the National Retail Federation. They plan to spend:
• Slightly less on gifts for family, friends, and coworkers than they did last year
• Slightly more on food and decorations
• Significantly less on non-gift spending (buying that special something for yourself because the price is so attractive) 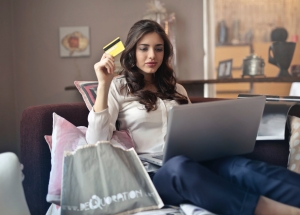 A lot of that money will be spent online. On Black Friday, U.S. consumers shelled out more than $9 billion online, reported TechCrunch. It was the second biggest day for digital commerce in history. The first was Cyber Monday 2019.

Overall, online holiday sales are expected to break all previous growth records. A report from Adobe estimated 2020 digital sales will be up 20 to 47 percent, year-over-year. That’s a broad range because there is a lot of uncertainty about levels of disposable income and capacity limits for brick-and-mortar stores. The report stated:

“If flu season brings with it a spike in [coronavirus] cases and an increase in store restrictions, a reduced store capacity will drive more people online. E-commerce is still only around one out of every $4 spent on retail. That’s a large bucket of dollars that could move online, leading to potential for big swings this season.”

Whether you are holiday shopping in person or online, or using a smartphone or computer, watching trends may help investors identify new investment opportunities. 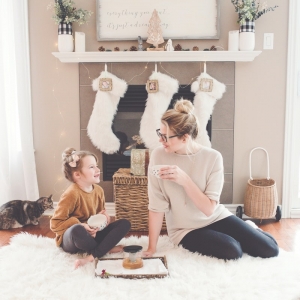 “As we struggle with shopping lists and invitations, compounded by December’s bad weather, it is good to be reminded that there are people in our lives who are worth this aggravation, and people to whom we are worth the same.”

When is bad news good news?
Scroll to top