“Raise your words, not your voice. It is rain that grows flowers, not thunder,” advised the Persian poet Rumi. 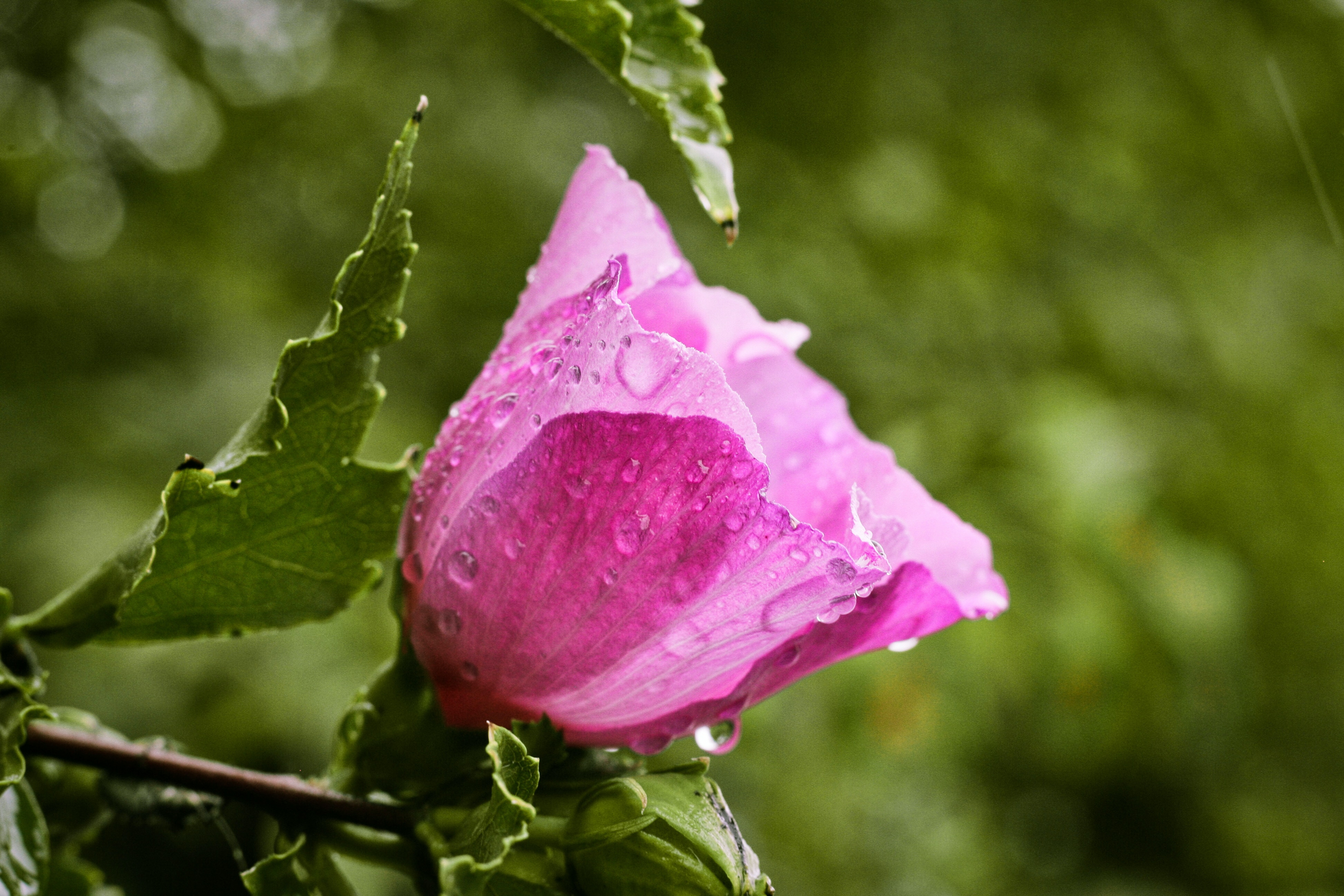 Last week, Federal Reserve (Fed) Chair Jerome Powell’s words helped grow the week’s equity market returns. In his speech at the Economic Policy Symposium in Jackson Hole, Wyoming, Powell confirmed that the United States economy had made substantial progress toward the Fed’s maximum employment and price stability goals. Consequently, the Fed is likely to slow and eventually stop the bond purchases that have been ensuring smooth market functioning during the pandemic.

Powell also offered assurance that the target range for Federal funds rate, which is one of the Fed’s tools for influencing short-term interest rates, will remain unchanged until “…the economy reaches conditions consistent with maximum employment, and inflation has reached 2 percent and is on track to moderately exceed 2 percent for some time.

Investors were delighted by the Fed’s stance, as well as positive data on second quarter’s economic growth and corporate earnings. The Bureau of Economic Analysis reported that gross domestic product (GDP), which is the value of all goods and services produced in the United States, increased 6.6 percent from April through June. That was an improvement on the January to March quarter when the economy grew by 6.3 percent. 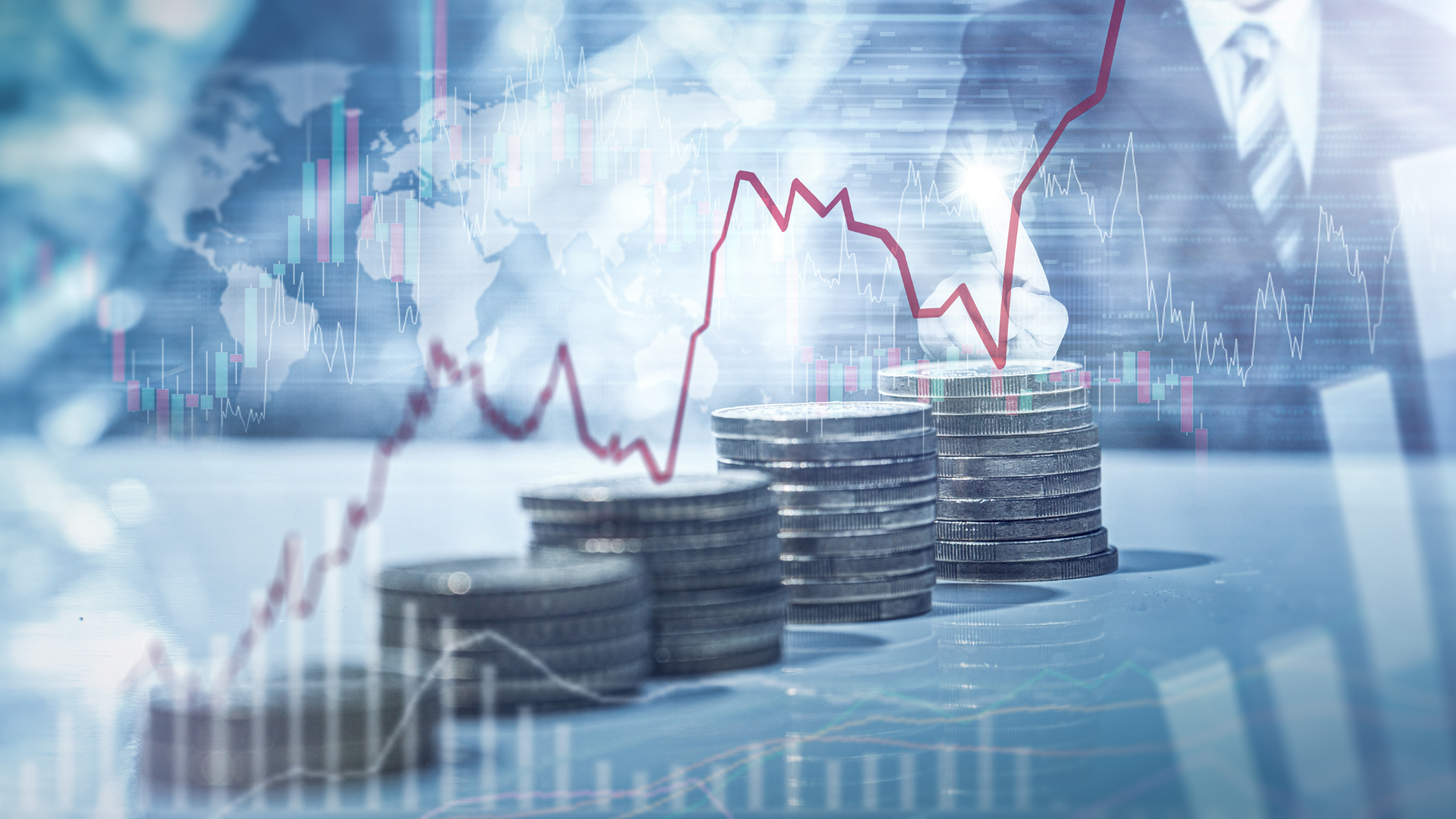 Corporate earnings, which reflect companies’ profits, were also strong during the second quarter. Companies had relatively easy year-over-year comparisons to 2020’s dismal second quarter and, with almost 98 percent of companies in the S&P 500 reporting in, earnings for companies in the S&P 500 are expected to be 95.4 percent higher, year-over-year, and 79.9 percent higher when the energy sector is excluded, reported Tajinder Dhillon and Thomas Alonso of Refinitiv.

Last week, the Standard & Poor’s 500 Index closed at a record high for the 52nd time in 2021, reported Lewis Krauskopf and Saqib Ahmed of Reuters. The Dow Jones Industrial Average and Nasdaq Composite also finished the week higher, as did the yield on 10-year Treasuries.

When people are financially literate, they have the knowledge and information necessary to make sound financial decisions. The 2020 TIAA Institute-Global Financial Literacy Excellence Center Personal Finance Index reported that more than half of U.S. adults understood borrowing, saving, earning and consuming, while less than half had a clear understanding of investing and risk. 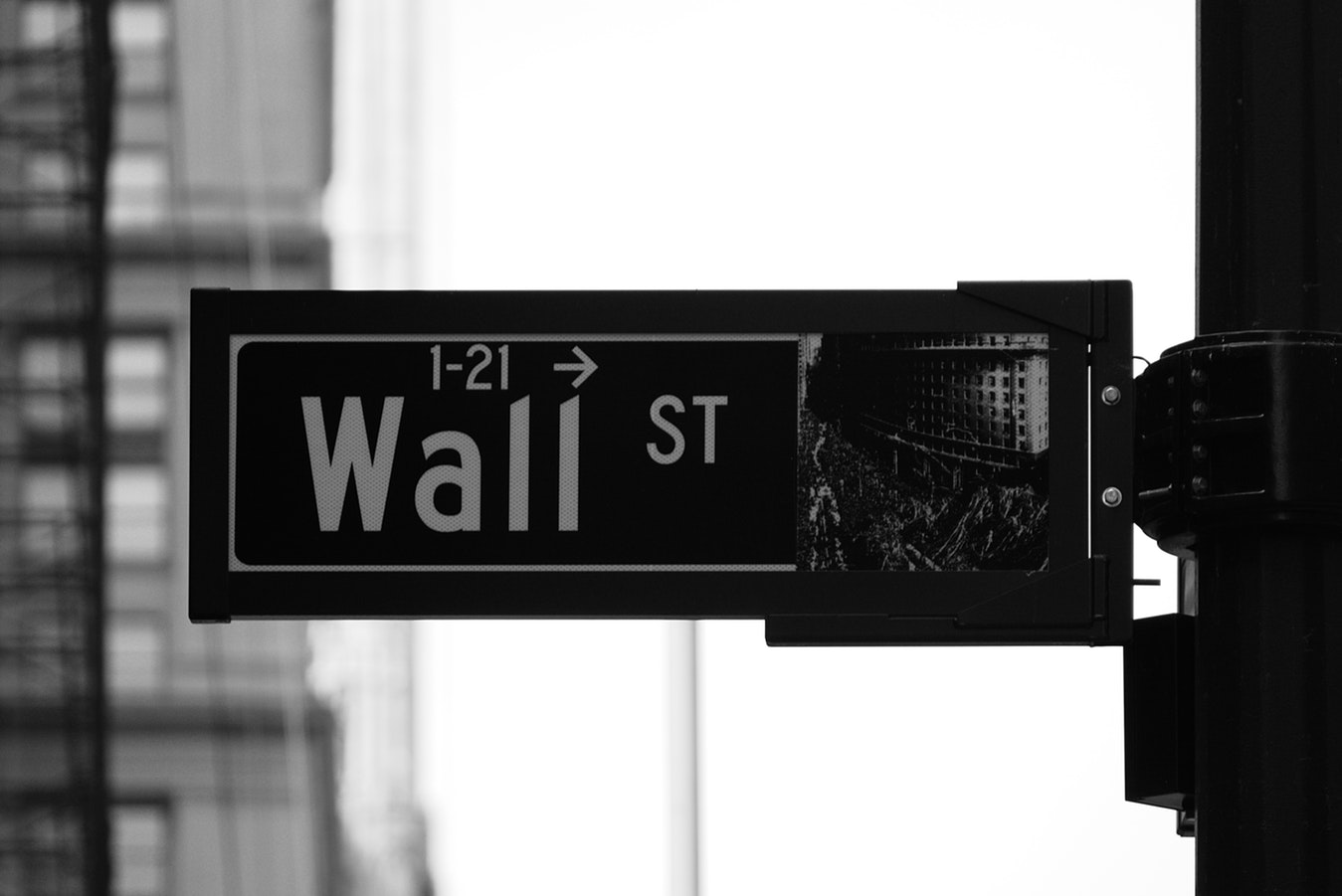 One common type of investment is stock. The stock market is where stock is issued, purchased and sold. Stockholders have an ownership interest in a company. Test your knowledge of stocks by taking this brief quiz. 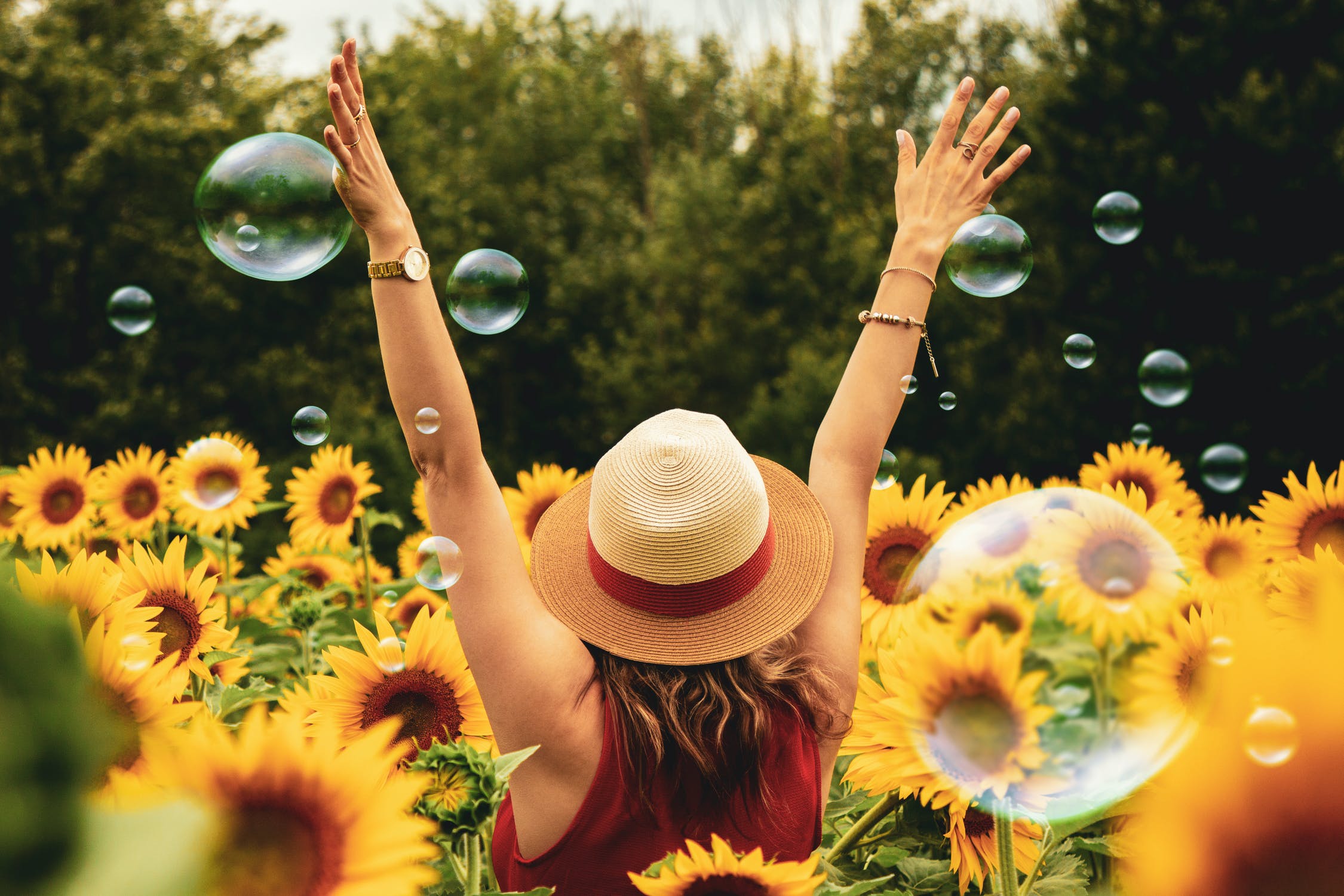 “Keep your face always toward the sunshine – and shadows will fall behind you.”

* These views are those of Carson Coaching, not the presenting Representative, the Representative’s Broker/Dealer, or Registered Investment Advisor, and should not be construed as investment advice.
* This newsletter was prepared by Carson Coaching. Carson Coaching is not affiliated with the named firm or broker/dealer.
* Government bonds and Treasury Bills are guaranteed by the U.S. government as to the timely payment of principal and interest and, if held to maturity, offer a fixed rate of return and fixed principal value. However, the value of fund shares is not guaranteed and will fluctuate.
* Corporate bonds are considered higher risk than government bonds but normally offer a higher yield and are subject to market, interest rate and credit risk as well as additional risks based on the quality of issuer coupon rate, price, yield, maturity, and redemption features.
* The Standard & Poor’s 500 (S&P 500) is an unmanaged group of securities considered to be representative of the stock market in general. You cannot invest directly in this index.
* All indexes referenced are unmanaged. The volatility of indexes could be materially different from that of a client’s portfolio. Unmanaged index returns do not reflect fees, expenses, or sales charges. Index performance is not indicative of the performance of any investment. You cannot invest directly in an index.
* The Dow Jones Global ex-U.S. Index covers approximately 95% of the market capitalization of the 45 developed and emerging countries included in the Index.
* The 10-year Treasury Note represents debt owed by the United States Treasury to the public. Since the U.S. Government is seen as a risk-free borrower, investors use the 10-year Treasury Note as a benchmark for the long-term bond market.
* Gold represents the 3:00 p.m. (London time) gold price as reported by the London Bullion Market Association and is expressed in U.S. Dollars per fine troy ounce. The source for gold data is Federal Reserve Bank of St. Louis (FRED), https://fred.stlouisfed.org/series/GOLDPMGBD228NLBM.
* The Bloomberg Commodity Index is designed to be a highly liquid and diversified benchmark for the commodity futures market. The Index is composed of futures contracts on 19 physical commodities and was launched on July 14, 1998.
* The DJ Equity All REIT Total Return Index measures the total return performance of the equity subcategory of the Real Estate Investment Trust (REIT) industry as calculated by Dow Jones.
* The Dow Jones Industrial Average (DJIA), commonly known as “The Dow,” is an index representing 30 stock of companies maintained and reviewed by the editors of The Wall Street Journal.
* The NASDAQ Composite is an unmanaged index of securities traded on the NASDAQ system.
* International investing involves special risks such as currency fluctuation and political instability and may not be suitable for all investors. These risks are often heightened for investments in emerging markets.
* Yahoo! Finance is the source for any reference to the performance of an index between two specific periods.
* The risk of loss in trading commodities and futures can be substantial. You should therefore carefully consider whether such trading is suitable for you in light of your financial condition. The high degree of leverage is often obtainable in commodity trading and can work against you as well as for you. The use of leverage can lead to large losses as well as gains.
* Opinions expressed are subject to change without notice and are not intended as investment advice or to predict future performance.
* Economic forecasts set forth may not develop as predicted and there can be no guarantee that strategies promoted will be successful.
* Past performance does not guarantee future results. Investing involves risk, including loss of principal.
* The foregoing information has been obtained from sources considered to be reliable, but we do not guarantee it is accurate or complete.
* There is no guarantee a diversified portfolio will enhance overall returns or outperform a non-diversified portfolio. Diversification does not protect against market risk.