The world breathed a sigh of relief last week when the United States and China took a step toward a trade-war truce. 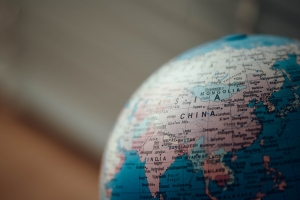 Financial Times reported the United States agreed to not increase tariffs from 25 percent to 30 percent on $250 billion of Chinese imports next week. (Current tariffs remain in place, and it is possible new tariffs will be imposed on additional Chinese goods – electronics, apparel, and other consumer items – in mid-December.)

In return, China agreed to purchase $40 to $50 billion of agricultural goods, including soybeans and pork, although no time frame was established for the purchases. It remained unclear what progress was made on intellectual-property protection and rules to prevent currency manipulation, reported The Wall Street Journal (WSJ).

U.S. stock markets responded enthusiastically to news about one of the great uncertainties hanging over economic growth, namely the trade war between the United States and China, might be resolved. However, after the details of the deal were announced, markets gave back some gains.

“The tentative truce underwhelmed some international businesses that had been hoping the United States and China would finish up a deal that cemented more sweeping structural changes in China’s economy, eliminated additional tariffs scheduled to go into place in December, and even rolled back existing tariffs both sides have added to imports from each country,” reported WSJ.

Derek Scissors, an American Enterprise Institute trade expert and White House advisor told WSJ, “If this turns out to be all there is, we could have achieved these results a year ago or more.”

Yields on U.S. Treasury bonds moved higher during the week, and the yield curve righted itself, reported MarketWatch. The change reflected optimism about trade negotiations. Bond markets also embraced a Federal Reserve announcement it will resume buying Treasuries each month to ensure the banking system has sufficient reserves.

The United States and China hope to have a written draft of the phase-one agreement finalized during the next few weeks.

THE NICEST PLACE IN AMERICA.

There are some people who scorn being nice (a.k.a. amiable, agreeable, pleasant). They equate it with being uninteresting or boring. What they fail to understand is being nice is often more challenging than the alternative. 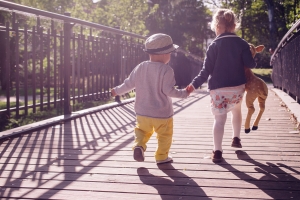 Years ago, Marilyn Zeilinski penned a Chicago Tribune article entitled, “Being Nice Is Hugely Underrated.” In it, she explained:

“Eventually I discovered that being nice is hard work. It is strong enough to shovel the elderly neighbor’s driveway and as brave as a child inviting, ‘Come play with me!’ to another child exiled by unpopularity…Niceness is not weakness, as I once thought. Niceness stands up for itself, though politely, if someone cuts in line. Most of all, niceness is not safe. Safety is keeping your head down, minding your own business. Niceness reaches out, and that is riskier than a cocoon of self-interest. But it is worth it.”

How nice is Columbiana?

Good News Network reported the town has, “A baker who donates freely to support causes of every kind, the real-estate developer who offers a year rent-free to promising entrepreneurs who may not have the resources to get started on their own, the local philanthropist who returned to his hometown to donate $500,000 to rebuild the town’s beloved Firestone Park.”

Columbiana isn’t the only nice place in America. There are a lot of places where people work hard and help make each other’s lives better. In 2019, RD recognized a place or town in every state.

Nice can be inspiring. 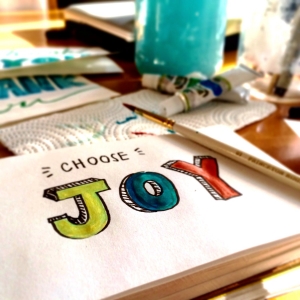 From trade wars to impeachment inquires…