Thinking about the possibilities.

The Standard & Poor’s (S&P) 500 Index finished last week slightly higher and has gained about 6 percent during the past 25 days; however, investors have curbed their enthusiasm. The S&P 500 hasn’t experienced a 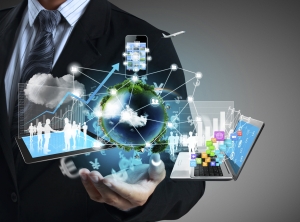 move of one percent or more in 25 trading days. That’s the longest period without a move of that size in about two years, according to a source cited by Avi Salzman of Barron’s.

It’s possible investors are taking time to think about the current mix of conditions and how the economy and financial markets may be affected. For example:

• Retail sales were higher than expected. There was a difference between what consumers said and what they did. Despite inflation concerns, retail sales were up 1.7 percent from October to November and 16.3 percent year-over-year, reported Jeff Cox of CNBC.

• The oil shortage may already be over. Oil prices dropped last week. A surge of COVID-19 cases in Europe is expected to slow demand just as supplies may increase as some countries begin to release oil from strategic 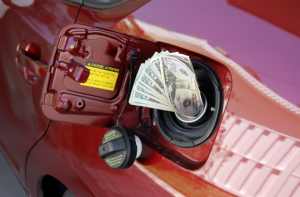 petroleum reserves, reported Avi Salzman of Barron’s. During the past decade, oil prices have accounted for about 56 percent of the price of a gallon of gasoline, according to the U.S. Energy Information Administration. As oil prices fall, gasoline prices also may move lower.

• Companies were very profitable during the third quarter. Supply chain issues and inflation were frequently mentioned by companies during earnings calls, but they didn’t affect corporate profits. The majority (82 percent) of companies reported higher than expected earnings per share. On average, company profits were up 39 percent year-over-year, which was the strongest growth since 2010, reported John Butters of FactSet.

The performance of major U.S. stock indices was mixed last week, according to Avi Salzman of Barron’s. The yield on 10-year U.S. Treasuries dropped last week.

We hope you have a wonderful Thanksgiving.

The bipartisan Infrastructure Investment and Jobs Act (IIJA) was signed into law last week, and the Build Back Better Act (BBBA) passed the House of Representatives and moved on to the Senate. 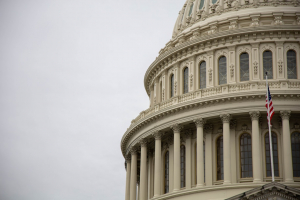 For decades economists have tried to determine how spending on infrastructure – roads, bridges, canals, railways, broadband and other projects – contributes to economic growth. There are diverse opinions on the subject. Here are a few:

“Increasing infrastructure investment has significant macroeconomic benefits. Near term it has a large so-called multiplier—the increase in GDP for a dollar increase in investment. It is among the highest compared with other types of federal government spending and tax policy… In a full-employment economy, the GDP multiplier on traditional infrastructure is estimated to be 1.23 one year after the investment, and 1.12 for nontraditional infrastructure. It is higher when the economy is operating below full employment.”
— Mark Zandi and Bernard Yaros, Jr., Moody’s Analytics, July 21, 2021 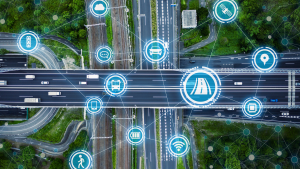 “Infrastructure spending by government can boost long-run economic growth by making an economy more productive, in part by improving connectivity – both physical and digital…The point here is that there can be diminishing returns from spending…I view infrastructure investment primarily as a way of boosting the economy’s speed limit. Government should focus on high-value projects.”
— James Pethokoukis, American Enterprise Institute, April 2, 2021

“A new era of large-scale infrastructure investment would necessarily be less revolutionary than the railways and roads of the past. Yet it might nonetheless prove surprisingly transformative in its direct economic impact, its knock-on effects on private industry—and in the psychological spur it provides to a country that could do with a bit of reinvigoration and renewal.”
— The Economist, May 1, 2021

“Finally, even if infrastructure investment had no impact on employment, productivity, and growth, it’d still deliver public goods that should be available to all but that may not be profitable to produce privately (such as rural broadband).”
— Marcela Escobari, Dhruv Gandhi and Sebastian Strauss, Brookings Institute, March 17, 2021

The IIJA will invest approximately $1.2 trillion, including $550 billion in new spending, on infrastructure projects across the United States. IIJA is expected to increase the deficit by about $256 billion over the next 10 years, according to the Congressional Budget Office.

1.     Which of the following holds the largest portion of the U.S. national debt? 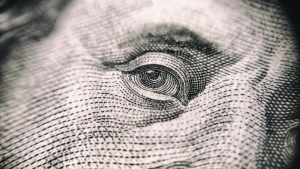 The limits of infrastructure spending to boost economic growth

How federal infrastructure investment can put America to work