What do markets hate?
They hate uncertainty, and recently there has been plenty of it. Some of the questions plaguing economists and pundits include:

Why aren’t people returning to work? Americans, like people in other parts of the world, have not been 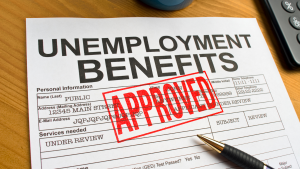 rejoining the workforce at the pace many had anticipated. One of the most frequently cited theories was explained by The Economist:

“In America businesspeople, almost to a pinstripe, are convinced that the $300-a-week boost to unemployment insurance explains the shortages. However, pundits do not agree on whether stimulus handouts really lead people to shirk. The evidence is hazy elsewhere, too…Australia ditched its job-protection scheme in March, and shortages have worsened.”

The unemployment data has inspired many theories about why jobs aren’t filling more quickly. These include fear of contracting COVID-19, low hourly pay, and lack of dependent care, to name a few. Some states recently modified unemployment programs, so there soon may be new data to help clarify the situation.

Is the Federal Reserve thinking about raising rates or slowing bond purchases? In June 2020, Fed Chair

Jerome Powell famously said, “We’re not even thinking about thinking about raising rates.” Some are wondering whether that has changed. The minutes from April’s Federal Open Market Committee meeting, which were released last Tuesday afternoon, included a statement that raises questions. It said:

“A number of participants suggested that if the economy continued to make rapid progress toward the Committee’s goals, it might be appropriate at some point in upcoming meetings to begin discussing a plan for adjusting the pace of asset purchases.”

Of course, the economic picture isn’t as robust as it was in April. Since then, we’ve seen a weaker-than-expected employment report and higher-than-expected inflation data. While one month does not establish a trend, investors, economists, and pundits will be watching economic data releases closely for clues about economic recovery.

Will inflation prove to be transitory or will it persist? Investors also are worried the Federal Reserve will keep 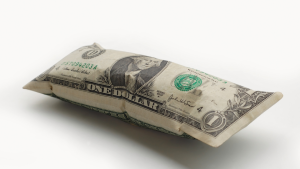 “The Fed has argued that strong monetary support for the economy is still needed because of the risk of a slowdown in the recovery and the shortfall in employment compared to pre-pandemic levels. Nor does it expect the current spike in consumer prices to last, arguing that it is being fueled by supply chain bottlenecks and the economic reopening.”

Others aren’t so sure the Fed is right. Last Tuesday, former U.S. Treasury Secretary Lawrence Summers said the Fed’s latest forecasts suggest it is misreading the economy and encouraging complacency, reported Greg Robb of MarketWatch.

AHHH, THE JOYS OF PARENTING!

With Mother’s Day behind us and Father’s Day ahead, it seemed an appropriate time to share some tweets about the parenting experience. Here are a few entertaining examples shared online by parents and rounded up by Buzzfeed: 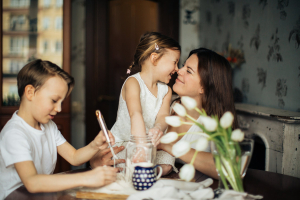 “Does anyone have directions to that village everyone says will raise my children? It sounds wonderful.”
–Not Your Trending Mom

“Hi, I’m a parent. You may remember me from such greats as ‘Repeating Myself’ and ‘Arguing over Shoes’ and ‘Stepping on Cereal.’”
–Rodney LaCroix

“Thoughts and prayers for my son who thought it would be funny to tell me ‘I’ll get to it when I get to it, woman.’”
–Mom On The Rocks

“Why aren’t there any horror movies called ‘My 4 year old fell asleep in the car at 5pm.’” 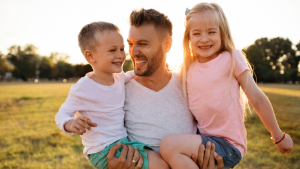 “Blew my nose in front of my daughter and her friends today. Please respect her privacy during this difficult time.”
–Simon Holland

Parenting is never an easy job, and the pandemic made it a lot trickier. Parents have to make important financial planning decisions involving children, too. Often these are related to legacy planning, and sometimes they involve special needs. If you would like to talk about the needs of your family and identify potential solutions, give us a call.

“It does not do to leave a live dragon out of your calculations, if you live near one.”

25 of the Best Planning Quotes

Uncle Inflation is here. Will he overstay his welcome?

Pulling the economy out of the shed
Scroll to top